Getting There Is Some of the Fun

A convenient non-stop flight got us to Cancun the morning of my birthday. We played the now familiar game of checking out every person at the gate and on the airplane:

“What about them? Are they going to Desire?”

“Maybe. She looks like she’s danced on the hood of a Camaro before.”

“Oooh, what about those two? They have that look in their eyes!”

“Those are two Lutheran nuns.”

“Or it’s a genius disguise.”

At the airport in Mexico, we had to arrange a taxi because I wasn’t smart enough to book the private transfer. I briefly worried about exchange rates and safety, but quickly realized that I was about to get naked with my sexy wife next to a pool, so I was fine riding in the back of a pickup truck or hanging off the back of someone’s scooter. Just get us there, please.

Our check in process went great and we were treated like special guests even though it was our first time and we had booked the most, umm, economical lodgings available. We sipped the champagne and listened to the rules…and I kept wondering when I was going to see my first naked person. People were coming and going in the lobby, and everyone was pretty well covered up. Hmm, maybe most people aren’t getting naked?

My first penis arrived not five minutes later as we left the lobby to drop our bag in the spa. It was attached to a very friendly older gentleman passing by at close range.

Don’t stare. Don’t look. Wait, is it rude not to look? He probably wants us to look. Fuck. Okay, maybe a really quick glance just to be polite. Yeah, that’s a flaccid rod and reel. NOW LOOK AWAY BEFORE IT’S TOO LATE.

That seemed to suffice and we survived unscathed. Now to drop the bag and the clothes.

This was our first foray into public nudity and I have to admit I was feeling the nerves on my way to the pool. Don’t get me wrong – I’m not insecure about my body. But I’m also not secure with it either. I have the physique of an underwear model…a disgraced underwear model who let himself go and kept paying for the gym membership even though the membership card wasn’t even in his wallet anymore to make room for the “Buy 9 Slices Get the 10th Free” punch card from the pizzeria next to his office. So great

Karen went from the spa to the pool wearing a sheer wrap and a thong bottom. I approved. My cock also approved. Down, boy. There will be time for that later. Me, being the brave and daring one, was still wearing a t-shirt and bathing suit as we walked across the resort. That’s right, I’m that kind of iconoclast.

Or I was just a little unsure how I felt now that the long awaited time had finally arrived and I was expected to drop trou and show my pale meat and veg to the world.

As we got to the pool I concentrated on not having my retinas melt from everything there was to see. Holy shit, most of these people are naked. A filing cabinet in some dusty, forgotten corner of my brain flew open and I was awash in the memory of being a six year old boy looking through his father’s vintage Playboy collection and marveling at a feature pictorial of a Miss Nude Something pageant. It was a perverse deja vu; I was seeing a collection of very naked women standing around a hotel pool. Except this was in 4k and there was 97% less pubic hair.

I tried to play it cool as we secured a bed and some drinks. I don’t know what my brain was telling my penis but it definitely twitched a few times. Karen dropped her wrap and got comfortable on the bed. And she looked at me. The look that said “…and?”

So my shirt and bathing suit hit the deck and my solidly average parts were beamed out to the world. HEY! IT’S ME! I’M HERE AND YOU ARE ALL WELCOME! HELLO WORLD!

You know what happened? Nothing. Nothing at all. There was no needle scratch as the DJ cut the music. The waiter didn’t drop a tray of dishes in horror. A pod of whales didn’t beach themselves and try to gouge out their own eyes. I don’t think a single person looked or cared…and my nerves vanished. Problem solved.

Then again, if I had boobs like Karen’s it would have been a different story. Those were absolutely getting some appreciative looks.

Love laughing with us?  Get more content at Patreon.  Support us by clicking below.Become a Patron! 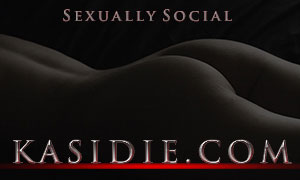